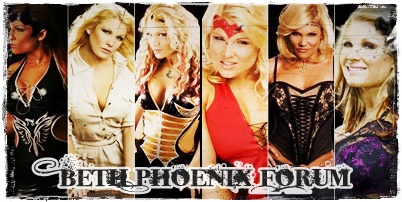 64 weeks from Honky Tonk to Santino's 11, as Santino says in one week and one year that he will be the greatest IC Champion of all-time. He cuts one of his comedic promos.

Shaquille O'Neal is shown at ringside.

Honky Tonk Man dances like Elvis. Honky tells Santino to start dancing to his music, Santino busts some lame moves. He ends up sucker punching The Honky Tonk Man down to the mat. The referee holds up the belt and calls for the opening bell. Santino and Honky Tonk lockup as Santino backs him into a corner. Honky Tonk applies a headlock on Santino and follows with a right hand. Honky Tonk applies another side headlock and connects on a shoulder knock down. Honky Tonk goes off the ropes and is tripped by Beth Phoenix. The referee calls for the bell. Santino is irate at Beth Phoenix.

A loud argument between Santino and Beth ensues as Goldust's music hits. Goldust comes to out in full gear. 'Rowdy' Roddy Piper's music hits as he comes to ringside. Piper spits his gum at Santino as Beth tries to get in between them. Santino gets in the ring and is greeted by the Honky Tonk Man. Goldust takes him down then Piper connects with right hands. Honky Tonk hits the shake, rattle, and roll. All three legends hold up each other's hands in the ring.

Tazz is in the ring and announces that voting for the contest is closed. All of the divas come out in their Halloween costumes. Beth is dressed as a knight! With all the WWE Divas in the ring, Tazz reveals the winner as Mickie James. She's Tomb Raider. An all out brawl breaks out amongst the Divas after the results are revealed. Finally the babyface Divas clear the ring and celebrate with Mickie James as her music plays. Mickie slipped and fell in the ring but laughed it off as they went to a promo piece for the WWE Championship match.

Admin wrote:It should had been Goldust ok maybe not since its thw whole honk a tonk gimmick thing but still I haven't seen Goldust at WWE in years so that would had been awesome. And Beth was creative nad should had won. And Candice was just a plian inslut to Marylin Manroe.

Admin wrote:It should had been Goldust ok maybe not since its thw whole honk a tonk gimmick thing but still I haven't seen Goldust at WWE in years so that would had been awesome. And Beth was creative nad should had won. And Candice was just a plian inslut to Marylin Manroe.


Divas Champion Michelle McCool followed by Maryse come out first. Natalya and Victoria come out together. Maria comes out in a SmackDown shirt that she rips off. WWE Women's Champion Beth Phoenix, the team captain of the Raw Divas, comes out. Santino Marella is with her. Mickie James is out next as she rips off a Raw t-shirt. Jillian comes out next followed by Candice Michelle. Kelly Kelly completes Team Raw Divas as she comes out last. It's Beth Phoenix and Michelle McCool starting things out. Beth overpowers Michelle at first as it's Champion vs. Champion. McCool takes Beth down with her version of head scissors. Beth tries to counter but McCool uses her feet. Beth angrily backs McCool down as Maryse tags herself in. Maryse and McCool get into it as Maryse pushes McCool off the apron. Team SmackDown has to get in to break them up. It's Maryse vs. Beth. Maria tags herself in to face Beth. Beth goes at Maria in the corner but Maria tries to counter with right hands. Maria hits a hurricanrana on Beth but it doesn't have much affect. Kelly Kelly tags herself in and gets a quick cover. Maria and Kelly Kelly go at it as the crowd is dead. Victoria tags herself in but only long enough to eat a hurricanrana and get eliminated by Kelly Kelly. Kelly Kelly takes out Maryse. Maryse counters and eliminates Kelly Kelly. Mickie James comes in and goes at Maryse.

Michelle McCool is tagged in by Maryse. James takes her down in a bridge. McCool counters but Mickie counters as well. Back slide by McCool as Mickie gets out. Michelle McCool is able to get another near fall on Mickie James as she couters again. This prompts Maria for the save who gets into it with McCool. Michelle turns around and eats Mickie's DDT followed by a three count to be eliminated. Raw's ahead 4 to 3 but not for long as Maryse quickly eliminates Mickie James. It's Natalya and Candice Michelle going at it as Natalya locks in the Sharpshooter on her. Candice nearly makes it to the ropes but Natalya pulls her back. Jillian makes the save as Candice takes out Natalya quickly. Jillian gets a near fall on Maria as they are now working in the ring. Maria hits Jillian with her finisher and eliminates her. Now it's Candice and Maria as Candice eliminates her with a Northern Lights suplex. Candice taps in the figure four by Maryse. We're down to Beth and Maryse as Maryse hits a heel kick to the back of The Glamazon's head. Beth kicks out of the two count and tries to counter. Maryse counters but not for long as Beth goes for a slam, out of nowhere Maryse gets a roll up for a two count. Beth hits the Glam Slam followed by the three count. 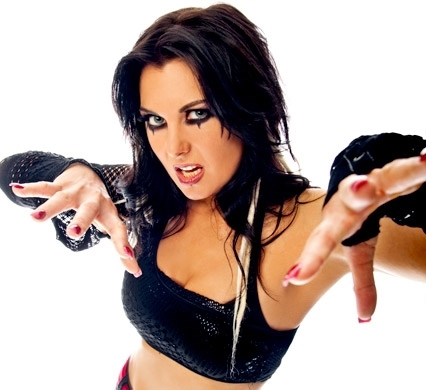 Women’s Champion Beth Phoenix vs. Melina.
Santino Marella accompanied Phoenix. Michael Cole and Jerry Lawler are calling this match. They locked up, and Phoenix threw Melina down on her knees. Melina grabbed a headlock, but Phoenix powered out of it and flipped her to the mat. Phoenix applied a reverse bear hug. There was a chant for Santino, and he actually gave the crowd the “cut it” gesture. Melina foot stomped and elbowed out of the bearhug, but went down when she tried a shoulderblock. Melina used a flying headscissors to go into am armbar. Phoenix lifted Melina while in the amrbar, then put her in a corner. Melina jumped on Phoenix, but Beth dumped her to the mat. Phoenix hit a running knee in the corner for a two count, then applied a kneebar. Melina went for the ropes, but Phoenix pulled her back to center ring. Phoenix bent the kneebar so far, Melina was being in hit in the head with her own foot! Phoenix released it, and Melina hit a kick near the ropes, but Phoenix planted her with a side slam. Phoenix put Melina in a corner, then pressed her overhead and walked around the ring with her. Melina slid out and there seemed to be some miscommunication. Melina hit a jawbreaker, and slid under Phoenix and grabbed a sunset flip for two. Melina rammed Phoenix to the mat by her hair and scored a two count, then booted a charging Phoenix and hit a second rope Thesz Press, followed by a mulekick. Melina went for a legdrop on a standing Phoenix, but Phoenix stopped it. Melina went for a bodyscissors, which Phoenix blocked, but Melina swung around her, rolled up Phoenix with a sunset flip and got the three count at the six minute mark.
Winner and new Women’s Champion: Melina.
_________________
The Perfect Combination Of Strength,Confidence,Class and Beauty.The Uber Diva,the Glamazon,Beth Phoenix!

Ugh.I don't know about you guys,but seriously,Melina's victory really pissed me off.I mean,she hasn't shown any of her capability and effort(no storyline was strong enough to highlight the feud) to get the title from Beth ever since the day she returned on RAW.
And another which pisses me off is her winning streaks on RAW since December.She hasn't lost a match for a whole month,and that was fucking ridiculous.And now yet again she pinned Beth with a fluke roll-up.That's just too much...
And by the way,I'm afraid that this might be the last time we ever see Beth holds the championship.After they make Beth loses again at No Way Out(which is definitely happen,WWE is fucking predictable),Beth will hardly get herself a title picture again.
I mean,how many women left the company with only 2 to 1 time title reign?
_________________
The Perfect Combination Of Strength,Confidence,Class and Beauty.The Uber Diva,the Glamazon,Beth Phoenix!

No Way Out Dark Match

Dark Match: Melina beat Beth Phoenix to retain the Women’s Title match. Melina won this match with a roll up. Santino and Rosa were both at ringside. The crowd was into this match and into Santino.
_________________
The Perfect Combination Of Strength,Confidence,Class and Beauty.The Uber Diva,the Glamazon,Beth Phoenix!

Torrie Wilson, Victoria, Sunny, Molly Holly and Santino Marella are the new or big names in the match. Marella is in drag. The ladies are clearing out fast. I turn around and there's only four left, five with Marella who is just standing by himself. Mickie James and Michelle McCool fall off the top rope together to the floor to eliminate themselves. Melina and Beth Phoenix are the only two left, with Santino standing around still. He dumps them over and over-celebrates, trying to keep his skirt down. Mae Young rings the bell. The announcers this entire time have been pretending not to know it's Santino. Candice Michelle is coming in with a crown on a pillow. Santino has a mic. and says his name is "Santina". Candice puts the crowd on Santina's head and the sash across his body that says Miss WrestleMania. This is bad, even with Santino Marella in the spotlight. He's dancing around as Kid Rock music plays. He's doing splits and a whole routine and they're keeping the cameras on this for far too long.

One of the worst divas match in the history.

For bragging rights, Beth is teaming with Natalya and Michelle to take on Kelly Melina and Gail Kim. I actually have a little bit of hope for this match. Why? Cause I just don't want another crappy match... I mean I like most of the divas mentioned, but I'll bet Kelly will be pushed in there to look "good" and Michelle will scriptedly (however that word works XP) pull a "shocking" win. Your thoughts? 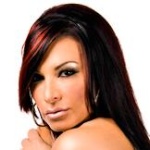